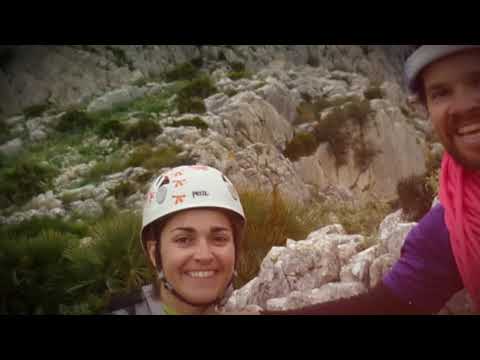 Around 30 teams will take part on Saturday the 30th of March in the seventh climbing rally 12 hours in El Chorro, a traditional competition in Andalusia which each year puts together different mountain climbers from different parts of Spain close to El Caminito del Rey.

The competition has been announced by Francisco Oblare, who is the Vice president from Malaga´s County Council together with, Alora´s Mayor, Jose Sanchez Moreno, and the director of the competition, Nicolas Rando.

The Vice president has reminded the way the City Council and the City Hall of Alora have been supporting since the first edition this pioneer competition in Andalusia which is organized by the Boqueron mountain group, and has turned to be a first level sport event.

The Council of Alora has appreciated the collaboration of Malaga´s provincial council with this competition and has explained that the Town Hall continues being a reference of active tourism and more over, they are working to open the first Olympic wall climbing in Andalusia.

The competition, and wall climbing activities are very important touristic claims for El Chorro and its environment, they offer a insurmountable scenery for the practice of this breathtaking sport, making Malaga the capital city for wall climbing. Thank you to It´s good weather and beautiful landscapes Its one of the favorite destinations for all the climbers from different parts of Europe, who assist to practice climbing or to tour the famous Caminito del Rey.

Rando has explained that the competition has become a referent for wall climbing in big walls, a modality that has a Andalusian championship and with a rally for national level which includes competitions for La Cabrebra (Madrid), Mallos de Riglos (Huesca), Valle de Leiva (Murcia), Peńon de Ifach (Alicante) and the rally of El Chorro, where this year will take place both inaugural competitions.

The rally will last 12 hours without stopping and on Saturday the 30th, the first participant teams will climb the routes close to el Desfiladero de los Gaitanes, and for the first time as well the ones named after Escalera Arabe, spreading the radius of the competition to get over 45 different climbing routes that are more than 150 meters that will test the participants resistance, who will compete for making the biggest amount of paths with different longitudes and difficulties.

The rally opening will take place at 7.oo hours in la Estacion del Chorro, where the control of ropes and the final draw to get the first path will happen. At 7.30 hours the competition will start and it will last 12 hours. During the day there will be provisions and at 21.00 hours the awards will be given for all the assistants.
The inscriptions, are opened until Friday 29th of March but they are limited for 35 teams.